Clotheslines remind me of tiny streets in Italy, hidden passages in French villages or backyards in Belgrade but in no way would I think of displayed cloths lines in The Hague, just next to the cold North Sea. And still, that is exactly what will happen on 28 February: Annabel de Kok and Katja Jellema decided to give a shake to the surf village F.A.S.T and to hang cloths all around. After one sleepless night and lots of brainstorming, they came up with WASLIJN (Clothesline/Washing line). 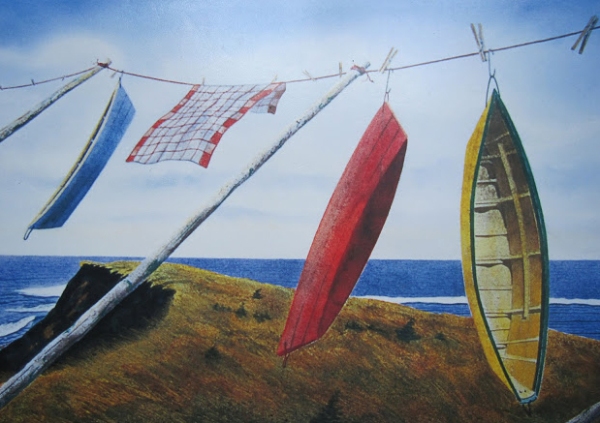 MP: So… what exactly is WASLIJN?

A&K: WASLIJN is a concept that combines clothing swap with night of fun and music. People exchange the cloths they don’t want to wear for something they will use. Just like in the saying – grass is always greener at the other side of the fence – girls like better their friends’ cloths than the one they already have. And even though their closet is exploding, they complain that they have nothing to wear.

MP: The origins of the idea

A&K: In the rough times, not everybody has the means to buy new cloths. Still, we believe there is a way to stay fashionable. That’s what WASLIJN is there for: we offer the possibility to get new cloths by swapping the old one, while enjoying a drink or two and some good music.

MP: The time table of the event in F.A.S.T

A&K: There are several options. You can just visit, you can bring old cloths or you can even rent a washing line for 5 Euros and hang your items on the display for everyone to clearly see what you have. The rent of washing line is giving you the possibility to either swap or to sell your things. Also, we plan to put a laundry basket at the exit where people will be able to leave all the items they don’t want to take back home with them. We will make sure that these clothes sail to the sustainable new destination. 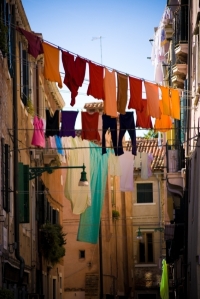 A&K:  At the moment we are collecting old t-shirts and pillowcases to make bags with the WASLIJN logo. We are also working on a website where we plan to sell both secondhand clothing and merchandise. And after this event… We will organize another night of cloths swap either in F.A.S.T or somewhere else, maybe even at one of the summer festivals!

Not much more to say. Write an email to WASLIJN, rent your own line and join the idea of decluttering and refilling while staying environment friendly.

Join Annabel and Katja at F.A.S.T Surf Village, 28 February, 7pm until your bags are full again!

Error: Twitter did not respond. Please wait a few minutes and refresh this page.