Idea of a relaxing family vacation in Thailand becomes a horror movie for Mary, Henry and their three kids after the land has been wiped away by tsunami. It sounds like a movie script and it is a script for The Impossible, a film based on a true story describing the destruction and chaotic aftermath of the 2004 Indian Ocean tsunami. 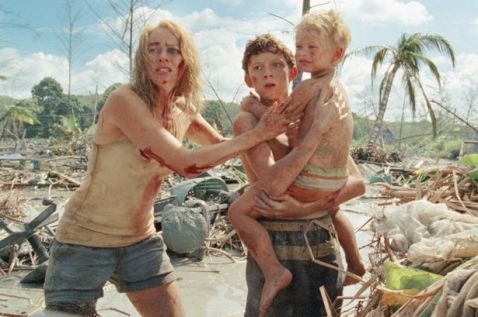 Excellent reviews for Naomi Watts and Ewan McGregor struggling through a catastrophe on the big screen in Humanity house this Wednesday at 8pm. The screening is part of the Humanity cinema, an initiative developed in collaboration with Amnesty International’s Movies That Matter festival. This particular movie is chosen as 9 October is International Day for Natural Disaster Reduction. After the movie, there will be a talk with Cees Breederveld, Dutch Red Cross general manager, who was responsible for fundraising and relief efforts after the tsunami.

The next movie on the agenda is a documentary It’s a girl dealing with “gendercide”. The film tells the stories of abandoned and trafficked girls, women who suffer extreme dowry-related violence, brave mothers fighting to save their daughters’ lives, and other mothers who would kill for a son…

Humanity House, Prinsegracht 8, Wednesday 9 October, café opens at 7:30pm, movie starts at 8pm, the program is expected to finish by 10pm so you’ll be home in time to catch some beauty sleep.